Construction Zones On Roads And Highways

The end of the Highway Construction Zone will display a sign indicating the end of the construction zone. As shown in the photo below these signs may simply say “Thank You. Resume Speed” After passing these sign, drivers can resume the regular speed limits. 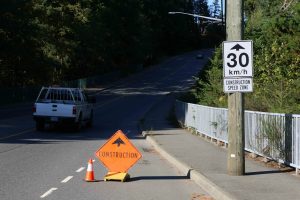 138  On a highway where new construction, reconstruction, widening, repair, marking or other work is being carried out, traffic control devices must be erected indicating that persons or equipment are working on the highway. 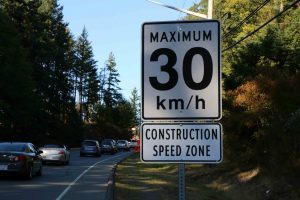 139  On a highway where new construction, reconstruction, widening, repair, marking or other work is being carried out, traffic control devices must be erected to limit the rate of speed of vehicles or to restrict the manner in which the vehicles are to proceed on the highway. 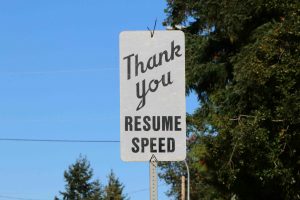 140  Where traffic control devices as indicated in section 138 or 139 are erected or placed on the highway, a person must not drive or operate a vehicle at a greater rate of speed than, or in a manner different from, that indicated on the signs. 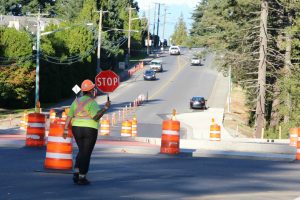 141  If a flagger is controlling the movements of traffic around the section of highway being worked on, a person must not drive or operate a vehicle other than as directed by the flagger.

142  A person must not leave temporary traffic control devices in place on a highway after the reason for them being there no longer exists.

143  A person must not drive on or over a newly painted line or marking on a highway when the line is indicated by a traffic control device.